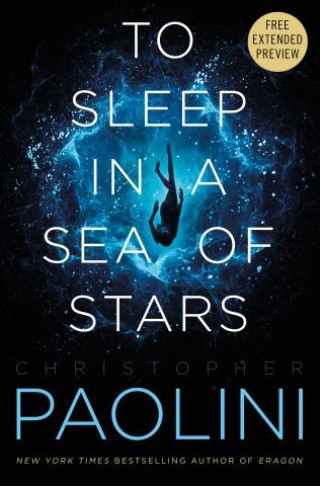 To Sleep in a Sea of Stars Sneak Peek

Exploring new worlds is all Kira Navarez ever dreamed of doing. But now she has found her nightmare.

On a distant planet ripe for a colony, she has discovered a relic previously unseen by human eyes.

It will transform her entirely and forever.

She is alone. We are not.

There is no going back.

Christopher Paolini: Christopher Paolini was born in Southern California and has lived most of his life in Paradise Valley, Montana. He published his first novel, Eragon, in 2003 at the age of nineteen, and quickly became a publishing phenomenon. His Inheritance Cycle—Eragon and its three sequels—have sold nearly 40 million copies worldwide. To Sleep in a Sea of Stars is his first adult novel.